What Is Considered An Off Road Vehicle?

Off-road vehicles are usually easy to distinguish from regular cars, but what characteristics do they have in common?

In this article, we’ll go over the features that most off-road vehicles have in common, along with how they differentiate from road-only vehicles. Additionally, we’ll cover the four main types of off-road vehicles and also a few notable exceptions, including heavy off-road trucks.

We sourced the information used in this article from reputable automotive and mechanical guides and the off-road community.

Off-road vehicles come in many shapes and sizes. That said, you can distill a few common features from virtually all of them. Here are a few fundamentals of off-road vehicles.

The most obvious characteristic of an off-road vehicle is four-wheel drive. This system allows power to go to all four wheels instead of the customary rear-only configuration. Not all off-road vehicles have 4WD, but the vast majority produced after 1940 do.

It’s important to distinguish 4WD from AWD (all-wheel-drive). All-wheel-drive is usually designed for on-road performance, and it’s not as durable as true four-wheel-drive. Additionally, part-time 4x4 cannot be engaged on dry pavement without risking damage to the system or “binding” around tight turns.

Off-road vehicles need stronger components to survive the terrain. The best off-road vehicles incorporate skid plates to protect the engine and drivetrain, but some simply have thick crossmembers and stronger axles and suspension.

Generally speaking, off-road vehicles have a rougher ride than road cars. This is because off-road suspension prioritizes stability and protecting the vehicle—not the passenger’s comfort.

Off-road suspension is stiff, which helps the driver retain control after unexpected bumps and also keeps the suspension from bottoming out on rough terrain and damaging key components.

There are numerous types of off-road vehicles. In fact, the first mass-produced cars were off-road vehicles, as they were designed to travel over dirt roads, mud, and all kinds of terrible conditions before roads were widely paved.

Since the 1930s, off-road vehicles developed into a separate class as roads became more usable across the country. Since then, many different types have existed and been popular to varying degrees. Here are the most common types of off-road vehicles.

Trucks are the most common kinds of off-road vehicles. Today, the most popular vehicles in America are pickup trucks, and a great many of them are equipped with four-wheel-drive.

Pickup trucks are relatively easy to turn into off-road vehicles. They have higher ground clearance than cars, more durable parts, and their shape makes it easy for manufacturers to install additional off-roading systems.

Off-road SUVs are a massive part of the market today, and they have been for quite some time. Examples include the Jeep Cherokee, Chevrolet Suburban, Chevy Blazer, and the Ford Bronco.

Off-road SUVs are essentially cars on truck platforms. In some cases, such as the Suburban, they use the exact same driveline components as the trucks and have many interchangeable parts.

Off-road SUVs have more interior space, and they’re much more practical for daily driving. They have lots of seats, but they get the same mileage as their equivalent trucks.

Jeeps and Jeep-like vehicles get their own special category. Though technically off-road SUVs, these vehicles basically invented four-wheel-drive and have several notable features that set them apart, including their bare-bones utility.

The Jeep (CJ, Wrangler, etc.) was originally designed from the ground up as a four-wheel-drive vehicle. It wasn’t a retrofitted two-wheel drive like all the other cars, trucks, and SUVs. The Jeep has a short wheelbase, a tall cab, utility features like a folding windshield, and a purpose-built off-road driveline.

Jeep-like vehicles are based on the Jeep platform and share many of the same functionality (and even appearance). A great example is the original British Land Rover, which was used extensively as a basic and durable off-road vehicle.

The original Toyota Land Cruiser is another example of a Jeep-like off-road vehicle. These rolling boxes were designed for one reason—tackling tough terrain. All creature comforts are secondary because the vehicle is not designed for comfort.

Contrary to popular belief, off-road cars actually exist—and some of them are extremely capable. Off-road cars look a lot like typical road cars, but they have four-wheel-drive or other components that make them suitable for off-road use.

There aren’t a whole lot of them on the market. In fact, the majority of off-road cars are made by Subaru. These light vehicles take advantage of low weight and maneuverability. Off-road cars from Europe and Asia, such as the Russian Lada, are known for incredible off-road performance.

Can Off-Road Vehicles Be 2WD?

Yes, there are several notable off-road vehicles that were only equipped with two-wheel-drive. These vehicles had other characteristics that made them great off-road, such as lightweight and high ground clearance. Other than the classic Willys Jeep, most other light military vehicles were 2WD until the 1960s.

The Volkswagen Thing is a great example of an off-road capable vehicle with a 2WD drivetrain. The Thing is exceptionally lightweight and rear-engined, and it glides over rough terrain, snow, and sand instead of sinking into it.

Baja is a specific kind of off-road configuration that’s almost exclusively 2WD. Baja vehicles are lightweight cars with proportionally large and airy tires. These vehicles are popular on sand dunes and in other terrain where a conventional 4x4 would be too low or too heavy to avoid sinking.

Heavy off-road vehicles are distinct from passenger cars and pickup trucks. They are usually (but not always) designed for military use and commonly use 6x6 drivetrains or tracks. These vehicles have become increasingly popular on the surplus market, and many people use them for farm or ranch utility purposes. 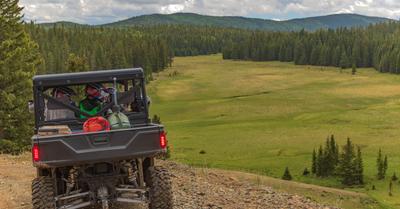 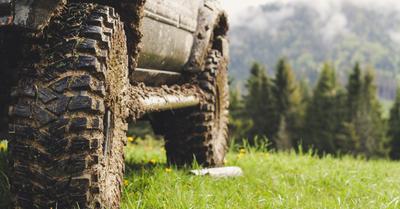 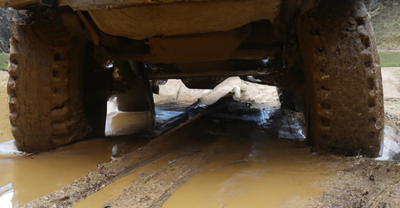 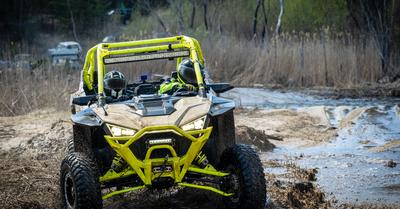 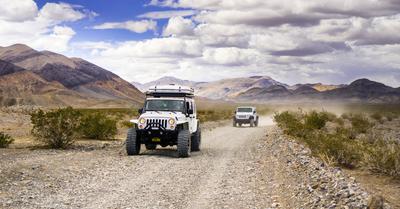 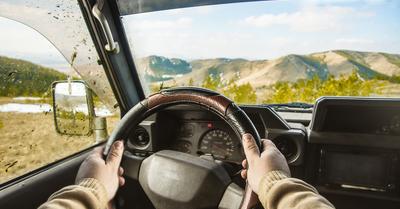 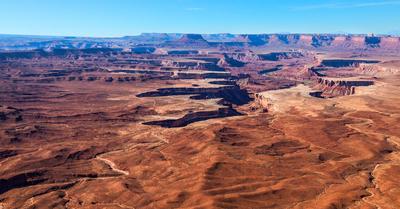